With the recent purchase of the Mac Mini, I needed to have an external drive - partly for Time Machine backups and partly as I only went 256GB internal drive. I’d got a couple of 2.5” hard drive caddies lying around, but also a 3.5” drive that wasn’t being used. Teamed up with the reduced number of ports on the M1 Mac Mini, I decided that I’d purchase a Direct Attached Storage (DAS) device for the Mac. This would allow me to use multiple drives in a single device. Some of them also supported RAID if I wanted to go down that route in the future.

I looked at two different models - a Terramaster D2-310 or a QNAP TR-002. Both are two bay DAS units, though the QNAP can also be attached and integrated in to the QNAP NAS units. In my case however, it was going to be attached to the Mac Mini.

I ended up getting both units in the end. Black Friday deals saw the Terramaster unit reduced, so I thought I’d give it a go. I purchased this but when it arrived and I tested it, I decided that this wasn’t for me. The unit itself seemed flimsy and the cabling wasn’t particularly good. Minor things as well like the hard drives being required to be screwed in, rather than use anti vibration mounts meant that it wasn’t quite what I was expecting. 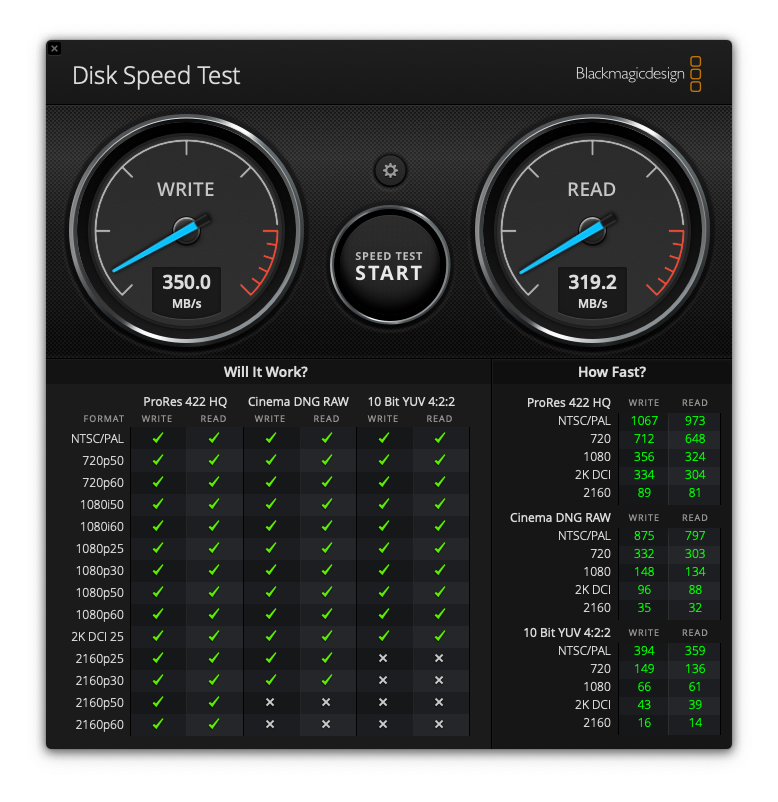 Yet, I returned it and decided to purchase the QNAP DAS unit, the TR-002, which had been the other item I was considering.

The QNAP was like night and day in comparison to the Terramaster. The cabling and the quality of the enclosure was far better than the QNAP, though was plastic rather than metal. This wasn’t a concern for me but might for others. The QNAP has a single larger fan, whereas the Terramaster has two smaller fans. When on the desk, it’s pretty quiet.

QNAP does provide software management for the device, but unfortunately, the supplied software for it doesn’t work on Big Sur (or the M1 Mac - I can’t figure out which one it is). However, this isn’t really needed as the hardware has DIP switches which permit it to be used in the RAID, JBOD or single drives based on the switch locations.

Putting the drives in was not trouble at all - the QNAP has anti vibration mounts for 3.5” drives, but requires the 2.5” drives are screwed in. The Terramaster required being any drive being screwed in to work.

Performance wise, it performed slightly better than the Terramaster when tested with Blackmagic. 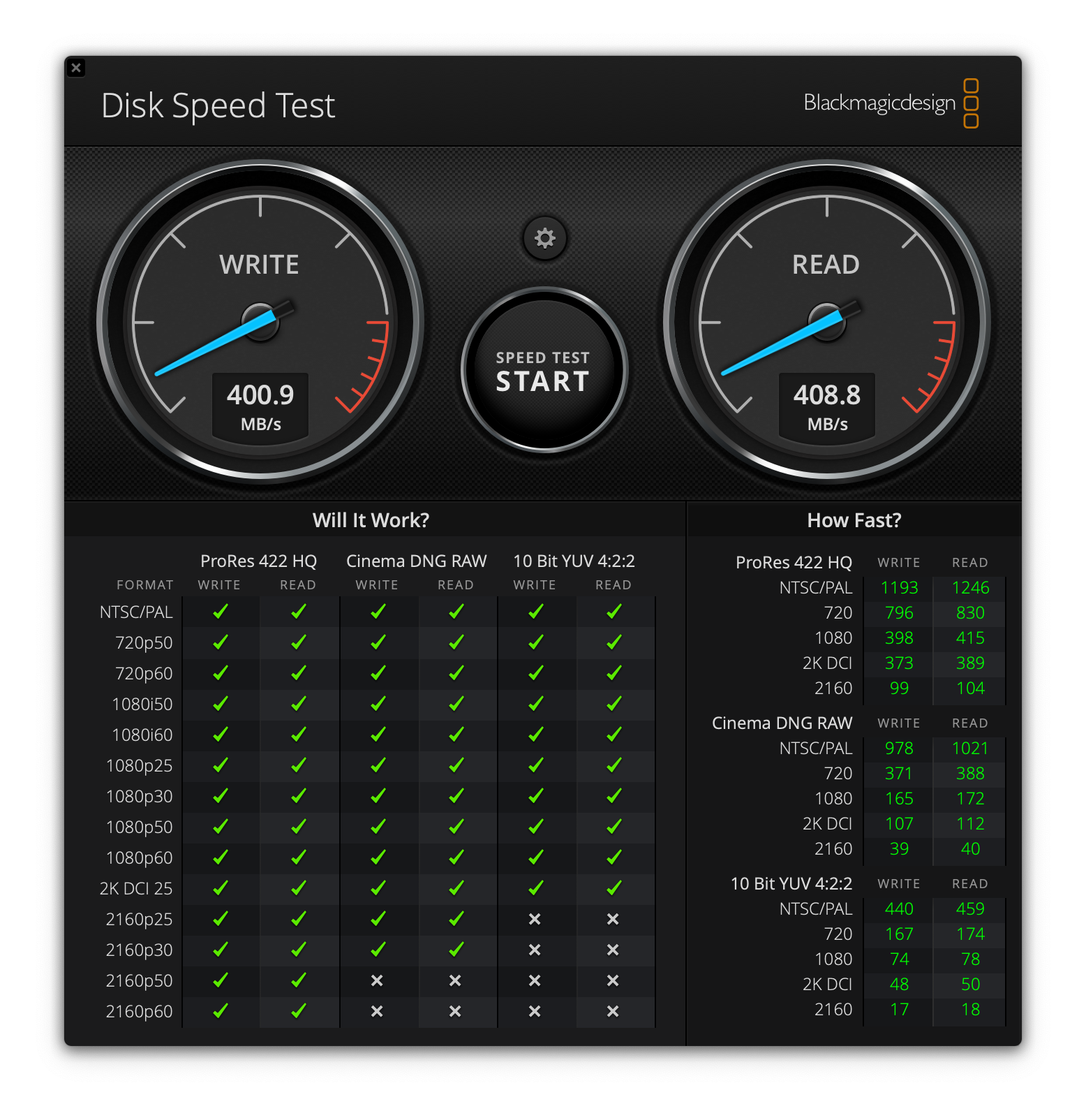 Overall, it works nicely, with both USB SSD devices appearing as separate drives. I was able to access these and write to them without issues.

On Windows 10, the QNAP software works fine. The two SSD’s in the QNAP worked without issue and the software could look at the SAMRT data. 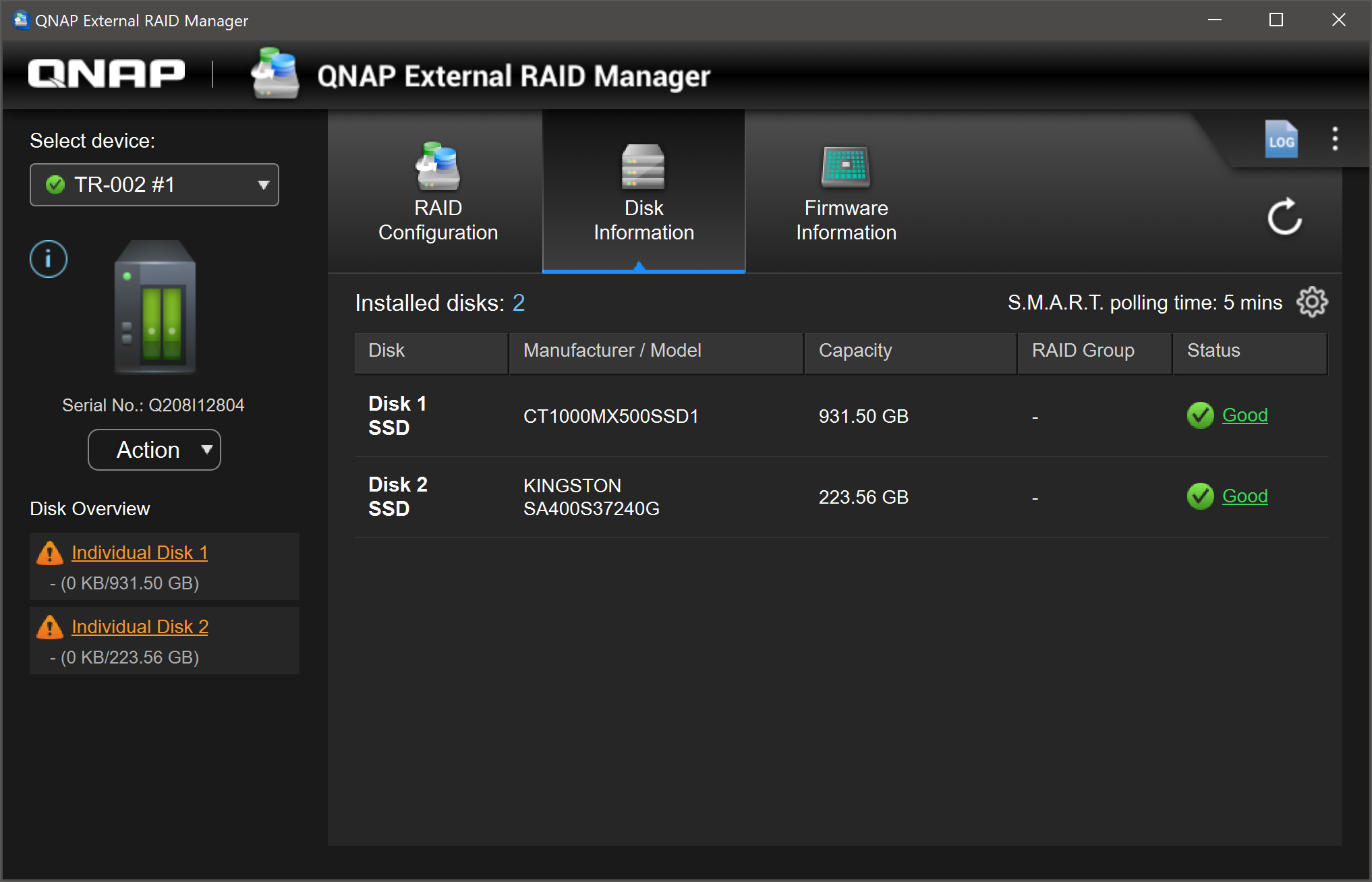 I’m now running it with a 1TB SSD for my documents and a 3TB WD Red for time machine backup.

With the aid of the DIP switches, this is happily running as two separate drives that appear in the Mac.

Whilst the device is made by QNAP, as it’s purely a USB enclosure, it shows up and works without issues on the Synology. I recently changed a hard drive and was able to place it in the enclosure and access from the Synology when I plugged it in.

However, it doesn’t have the same support as QNAP does and means that it’s limited to being an external drive and the limitations that Synology place on these. I didn’t try the RAID option on the device, but imagine as this is hardware controlled, this shouldn’t be an issue and the drive would appear as a single drive. With the device setup with two drives as I have, this appears as two drives in the Synology. 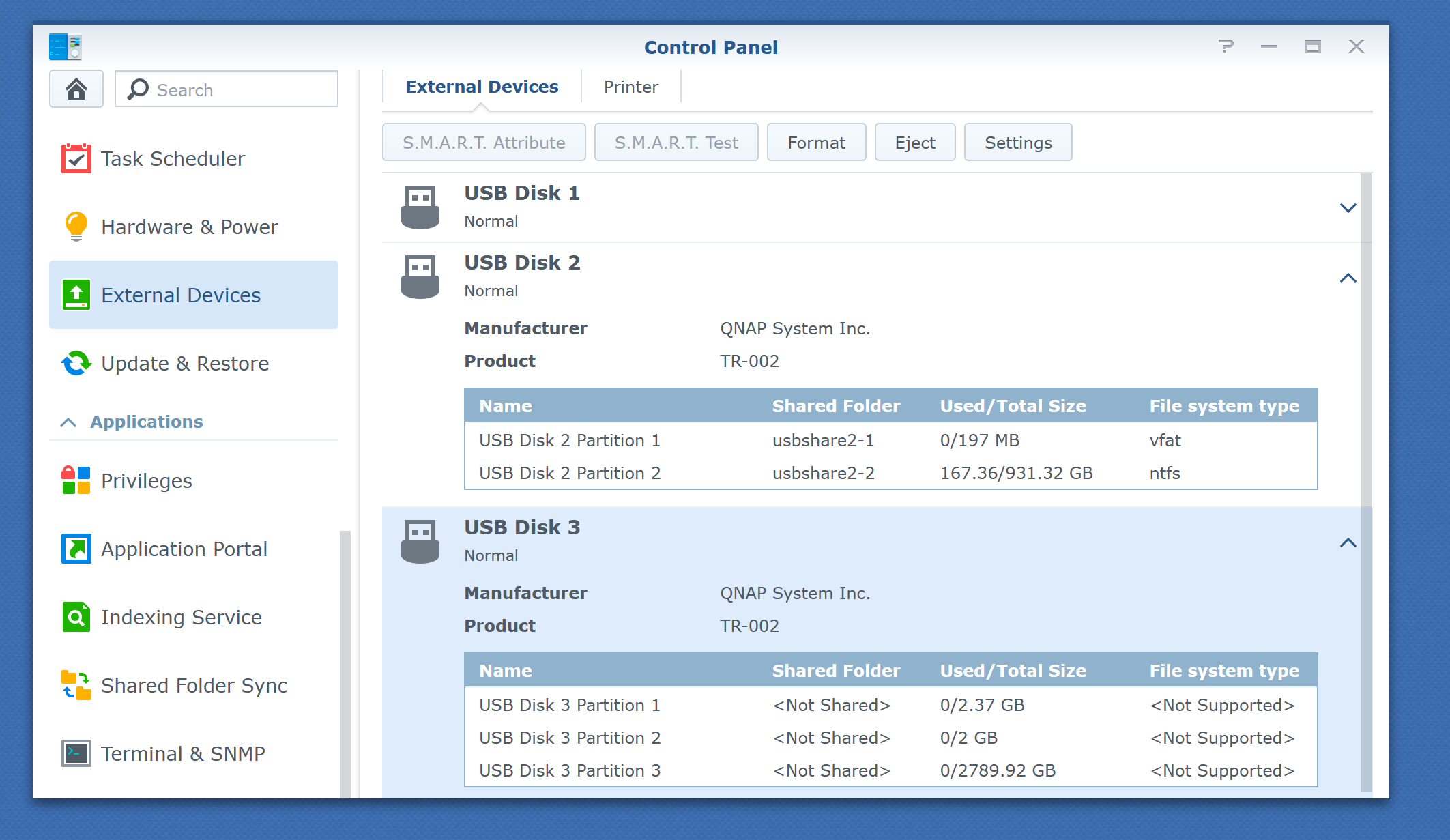 Other than the issue with the software, the only other issue I’ve run in to was trying to access the SSD when the HDD was being accessed for a large Time Machine backup. Smaller operations on the SSD was fine (i.e. browsing in file manager, saving office files) but when I tried to open a 36GB Photos archive, it didn’t like that.

In fairness, large Time Machine backups like that aren’t common, so I’m not expecting that to happen a lot, but it is something to note. I assume that the bandwidth should be sufficient, as the device is accessed on a USB 3.2 Gen 2 Type-C. If you were needing to write lots of data, this could obviously cause an issue for your workflow - however, for me, it’s been a one off.

In conclusion, the QNAP TR-002 performs well with the Mac. It’s a nice solution to having two additional hard drives connected to your PC/Mac or even NAS.

For me, it works nicely as a Time Machine backup location and for external data storage that isn’t on the Mac mini hard drive. I haven’t tried the RAID functions but as it’s a hardware system, this should be system agnostic and should work fine. Perhaps in the future I’ll consider it, but for now, I’m happy having two hard drives accessed separately.

Speed wise, other than the single time I’ve run in to an issue, the rest of the time, the device has worked fine without issues and speeds have never been a concern.