So, the iPhone SE was re-released, perhaps as a way for Apple to compete with the cheaper Android devices out there. Google started something similar last year with the release of the Pixel 3a - a cheaper, less powerful version of the Pixel 3.

I’ve tried both phones - I own the Pixel 3a and my wife has the iPhone SE 2020, so thought I’d write a quick review.

The Pixel series is known for its camera, and the iPhone has always been well regarded for its camera - with Apple pushing the camera features heavily in various advertising. This can especially be seen with the “Shot on iPhone” challenge and advertising campaign.

Therefore, it seems reasonable to compare the two cameras and see which one appears to be the better camera.

The first image was taken at my desk and shows a soft toy I was messing about with. 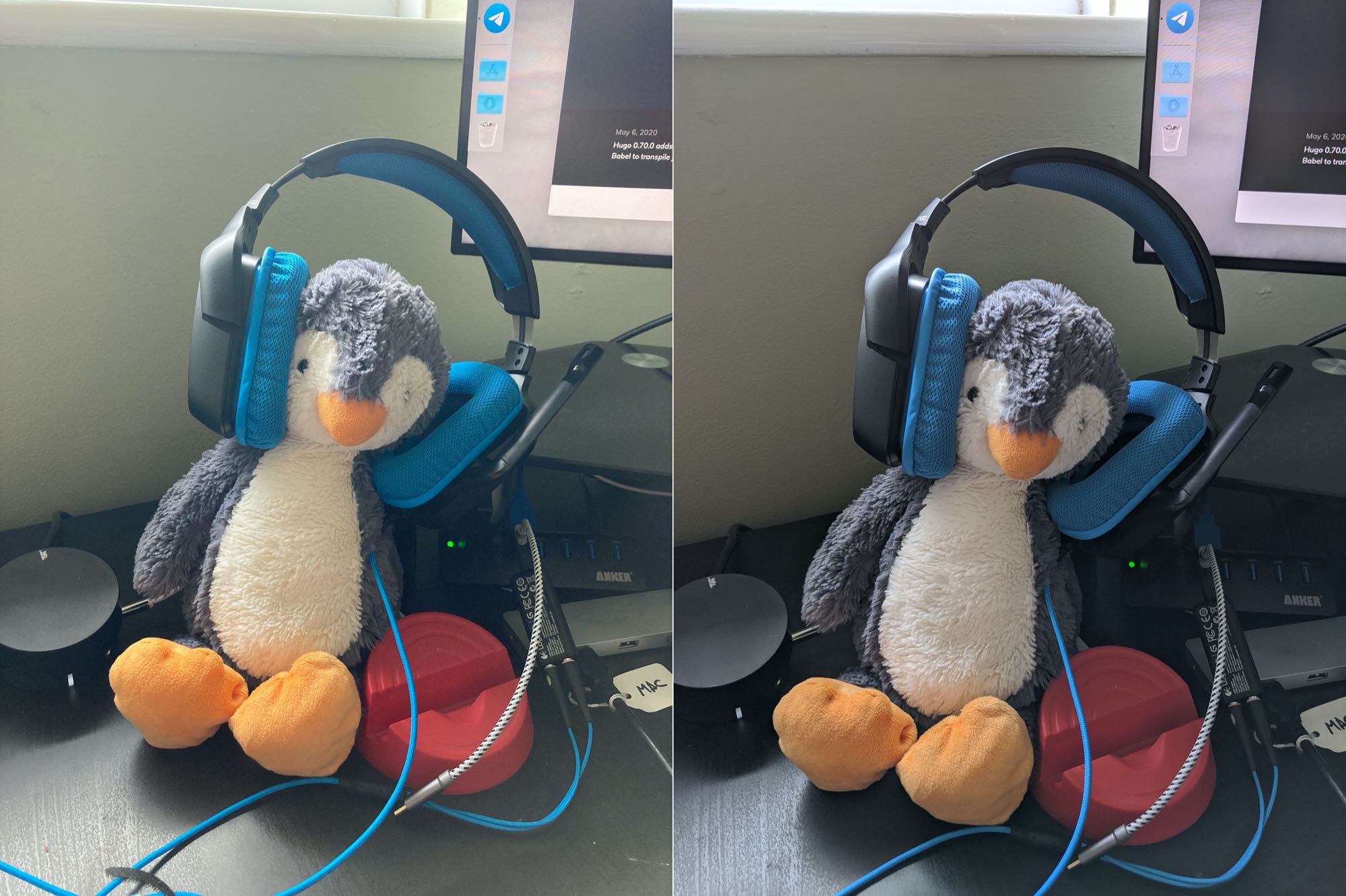 The iPhone SE is on the left, with the Pixel 3a on the right. In my mind, the Pixel comes out ahead here - the iPhone shot looks very washed out.

Second, is a sunny day whilst I was on site for work. The campus was dead quiet, as we’re still in lockdown in the UK, but I have to go in to work still. 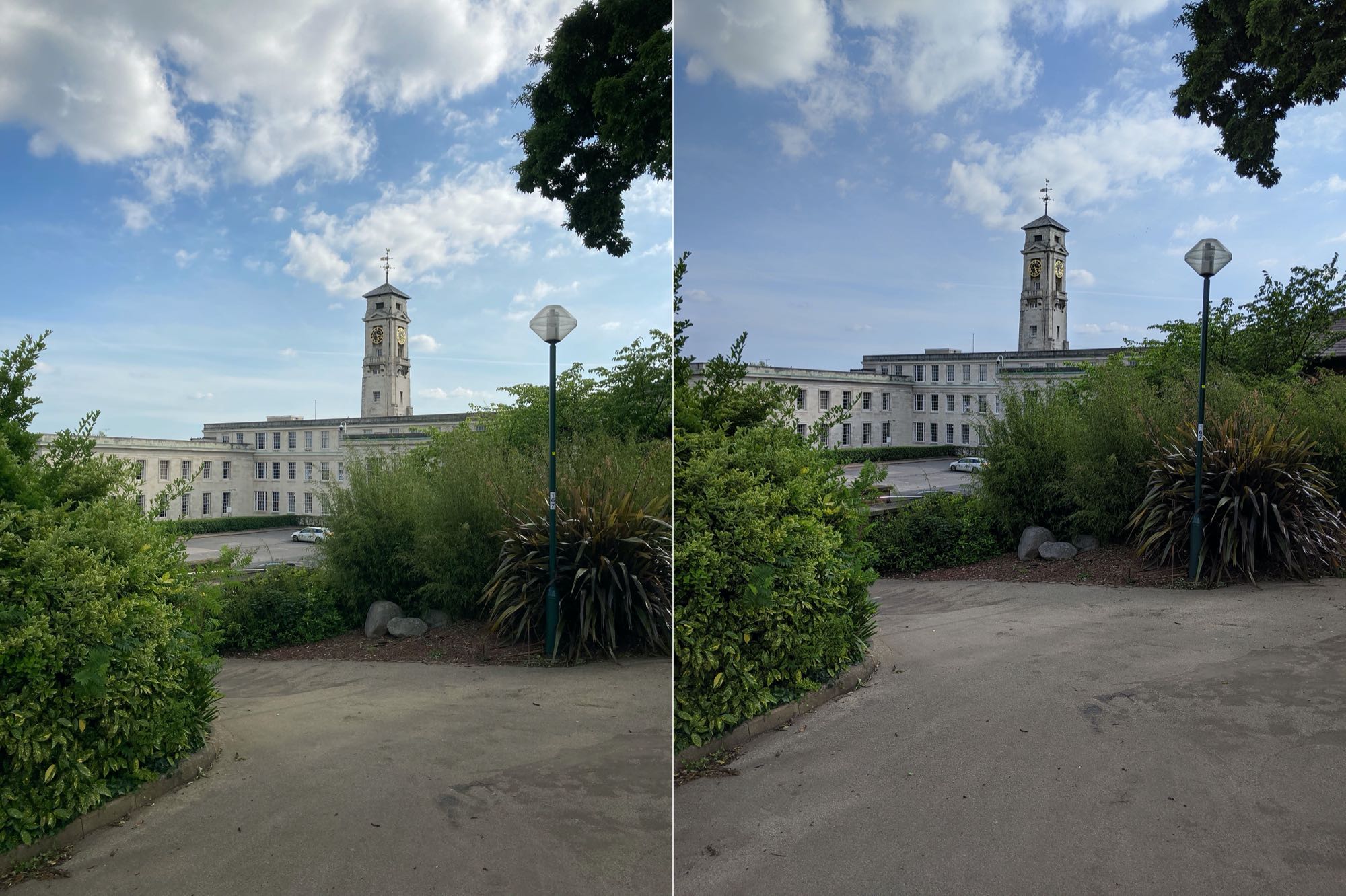 In this one, the iPhone image is once again a lighter interpretation than the Pixel but I believe the iPhone shot looks a bit better in this instance.

Another shot from work, with the iPhone image on top, and the 3a below. 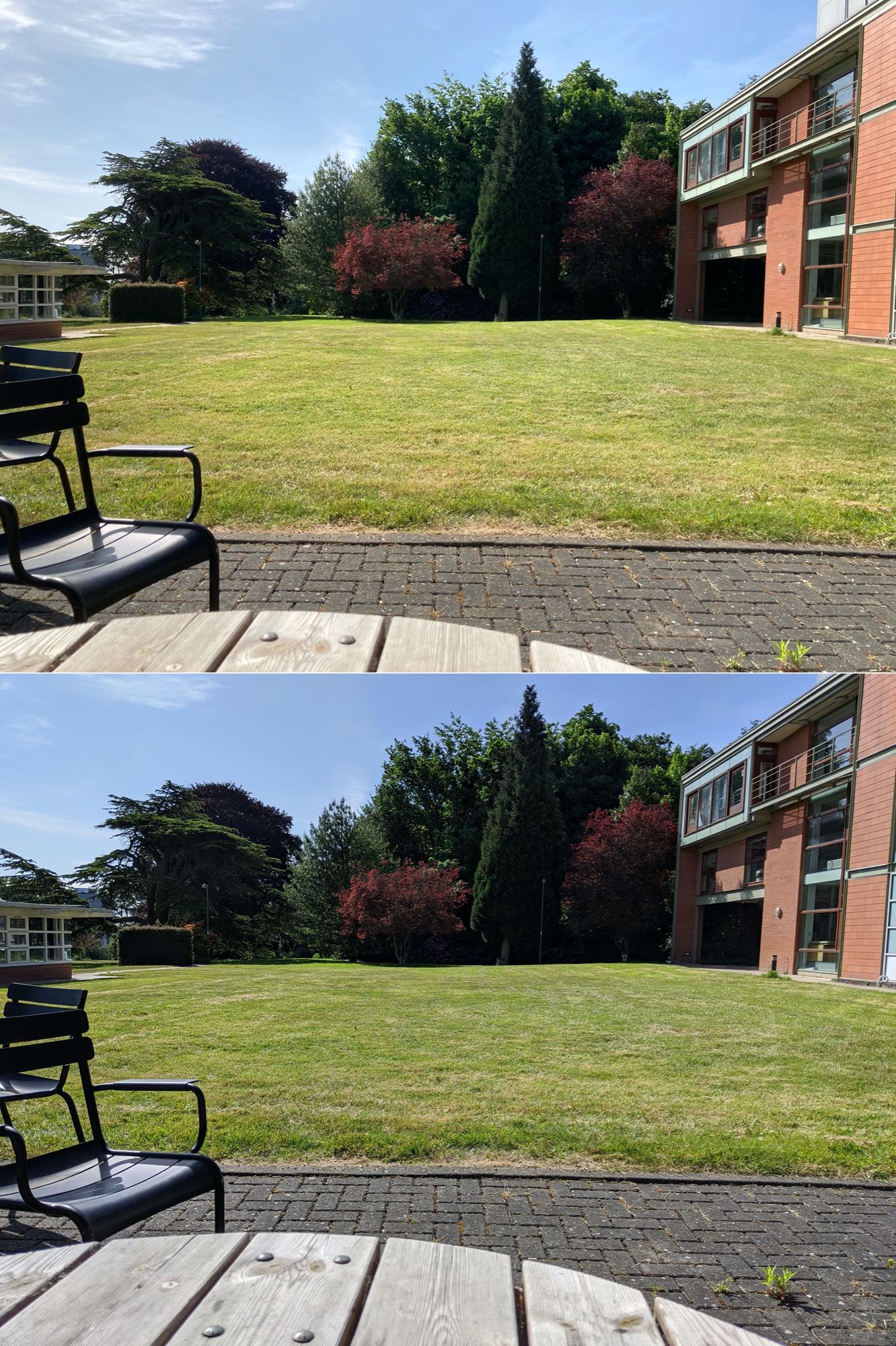 In this one, I think the Pixel is the better representation of what I was seeing. Again, the iPhone seems to make things very pale in comparison. I think the Pixel seems to show better definition of the trees and leaves in the dark - certainly looking at the tree on the left.

And an internal shot this time, again, iPhone on top, with the Pixel below. 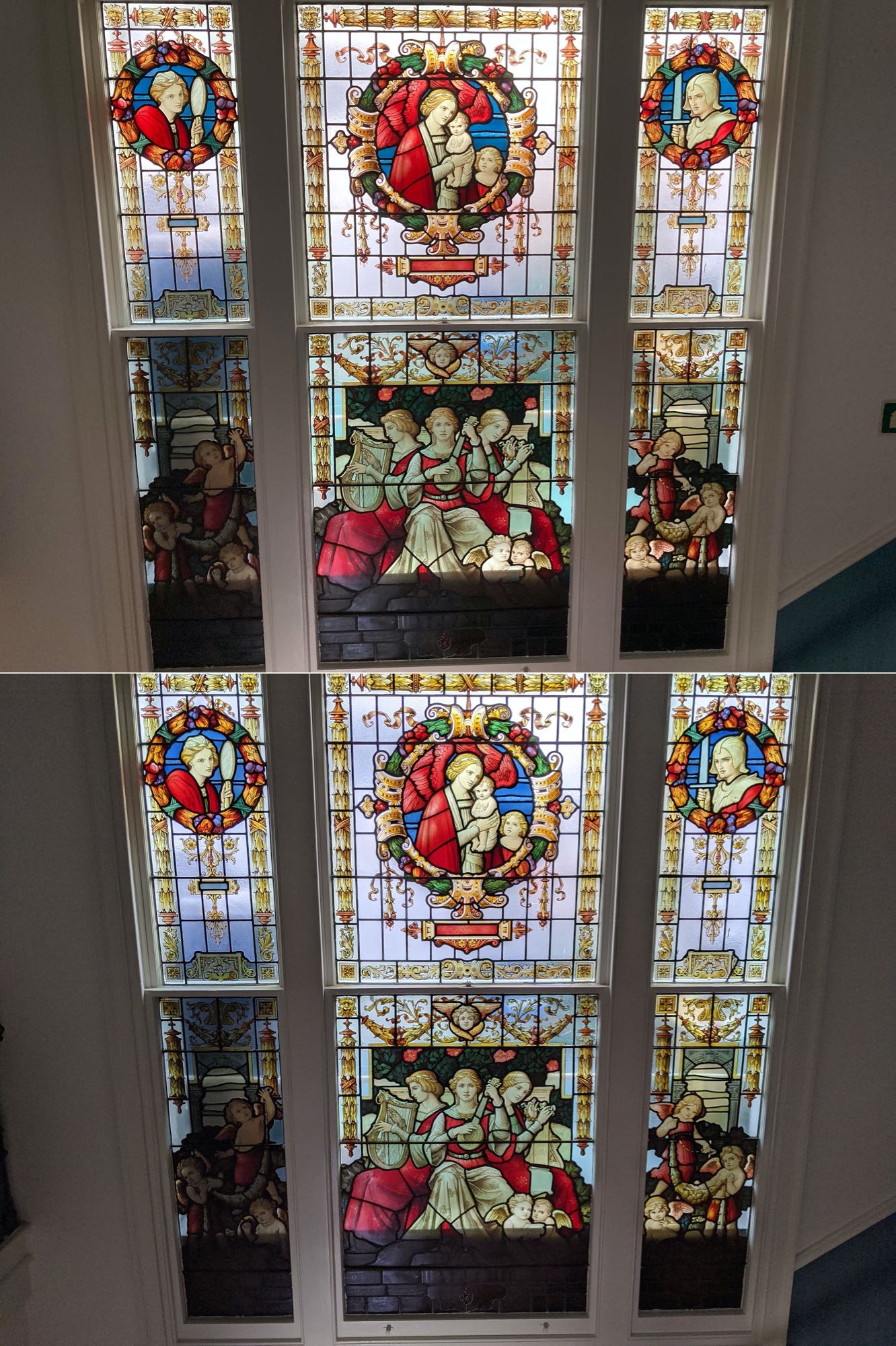 The battery life within the iPhone is reasonable. I’m able to get through the day, most of the time getting to about 50-60% battery. However, this doesn’t compare at all to the Pixel, where I’m easily able to get at least two days out of the battery before even worrying about getting it charged up. It’s the first time in a while I’ve gone back to having battery anxiety with a phone in recent memory.

One thing I do miss from the Pixel though is wireless charging. Once you’ve had it and used it with a phone, it feels backward not to use it. However, I’m also disappointed that Apple haven’t moved to USB C for their phones - it’s handy carrying around a single cable to charge. Instead, I carry around an Anker 3 in 1 cable, which isn’t the end of the world, as it lets me charge USB C, Lighting and USB micro. However, now that USB C is the laptop charger socket for the MacBooks and for the iPad Pro’s, it would be nice to see Apple play nicely with the rest of the phone world and move to USB C (though I don’t see them doing so).

This is perhaps one of the big differentiating factors. Whilst the majority of big name apps are available on both iOS and Android, therefore making the choice of phone fall mainly due to the hardware and the operating system preference (or cost).

However, there are a number of apps that are specific to one of the operating systems or the other, so that might be a draw. I know for example that Cachly on the iPhone is one of the best geocaching apps out there, but it’s iOS only, which is a real shame. Then likewise, Android has apps like Locus Maps, which are better than some of the competitors on iOS.

Overall, I have apps I use on both and some apps I prefer on one rather than the other (YNAB on Android is better than iOS, as the date picker is far better and easier to use!)

The Apple Watch is a major perk to the iPhone over the Android phones. Obviously the Apple Watch is designed to work only with an Apple device and it’s a smart watch - probably the best smart watch on the market. After all, the alternatives from Garmin are good, but these aren’t in the really in the same league, as they don’t have the features that the Apple Watch does (i.e. no microphone, so no Siri or voice activation, or controlling apps).

However, if you don’t use the Apple Watch, then this isn’t a major draw and Android may well sufficient.

At the minute, I’m using a Garmin Instinct, so this works nicely with Android or iPhone and therefore isn’t really a perk. I guess I could do a bit more on Android (such as reply to texts) than on iOS, but it would be rare I do this.

When I first got the Pixel 3a, Android Pay worked, but it was clunky and wasn’t great if the shop I was using didn’t accept Amex. At least with Apple Pay, I was easily able to select the card when I was at the till, without having to open an app.

However, with Android 11, I’ve now noticed that Google Pay now allows me to select a card at checkout as well, which is much better and makes it far more useful.

Overall, it’s pretty close - the iPhone SE is quicker in performance, but is more expensive than the cheaper Pixel 3a.

I think really it comes down to if you prefer Android or iOS - both phones are good value for money regardless and it shows that you no longer need to buy the flagship to have a decent phone.

In my case, I’ve kept the 3a, and the iPhone SE has been given to my wife to replace her iPhone 8.