After some further experimentation and use, I’ve a few more comments on Inspire Writer. I have been initially impressed with the Windows Ulysses clone. My initial review was written in it and was written using the 10 day free trial period. I purchased the software after using it for a day on the Windows Store - so I’ve been using the Microsoft Store version. There is a stand alone version available as well, though I would hope that there is feature parity between the two.

The use of external folders is slow. I’ve (currently) got 293 markdown files in my writing folder, totalling approximately 27Mb, which I don’t think is massively huge. This generally excludes my current blog posts, as that was written and stored in Ulysses iCloud synced folders. It seems to be the software, rather than the hardware, as it happens on both my Surface Pro 7 and for my Ryzen 1600 based machine - both have SSD’s with the files on, so disk access speeds are reasonable and shouldn’t be the bottleneck. QOwnnotes seems to be able to access these files without the lag that Inspire has, so it just be an issue with the software.

Another feature that appears to be missing with the external folders is that I can’t seem to sort these by date modified. I’ve like to be able to sort the files within the folder by the most recent, so that the files I’m currently working on are near the top. This doesn’t seem to be possible (though does appear to be on files saved within Inspire’s own format).

In the end, I’ve switched to Visual Studio Code and QOwnNotes for editing markdown files and stick with Inspire for more long form writing, like the blog posts, whereas, QOwnNotes is mainly used for taking and storing notes rather than writing. I’ve also got Typora in my writing arsenal, so that fills in a gap when needed.

Since removing Dropbox, any syncing between my PC’s is completed by Resilo Sync, or if it needs a cloud based element or to be accessed on my desktop at work, then Onedrive.

I therefore use the sync feature of Inspire along with Onedrive, so I can access documents where ever (as I find markdown makes for a great first draft tool). However, I have run in to issues with it on a number of occasions now, and have only been saved by the backup feature baked in to Inspire.

At this stage, I can’t tell if this is a Onedrive sync issue, or Inspire issue.

Initially, before I realised, Inspire ended up syncing via Resilo. Everything appears to get written in to a single database file, which is saved in the documents folder (without any customisation). Any file attachments, such as images, are saved within the attachments folder within the Inspire directory1. There is also a custom dictionary, which saves any spellings the user adds to the dictionary.

Everything for the app seems to be within this database file, as syncing this will sync all the preferences as well, including backup location - I therefore disabled the sync of this folder in Resilo, as I wanted the backup to only run on a single machine2. 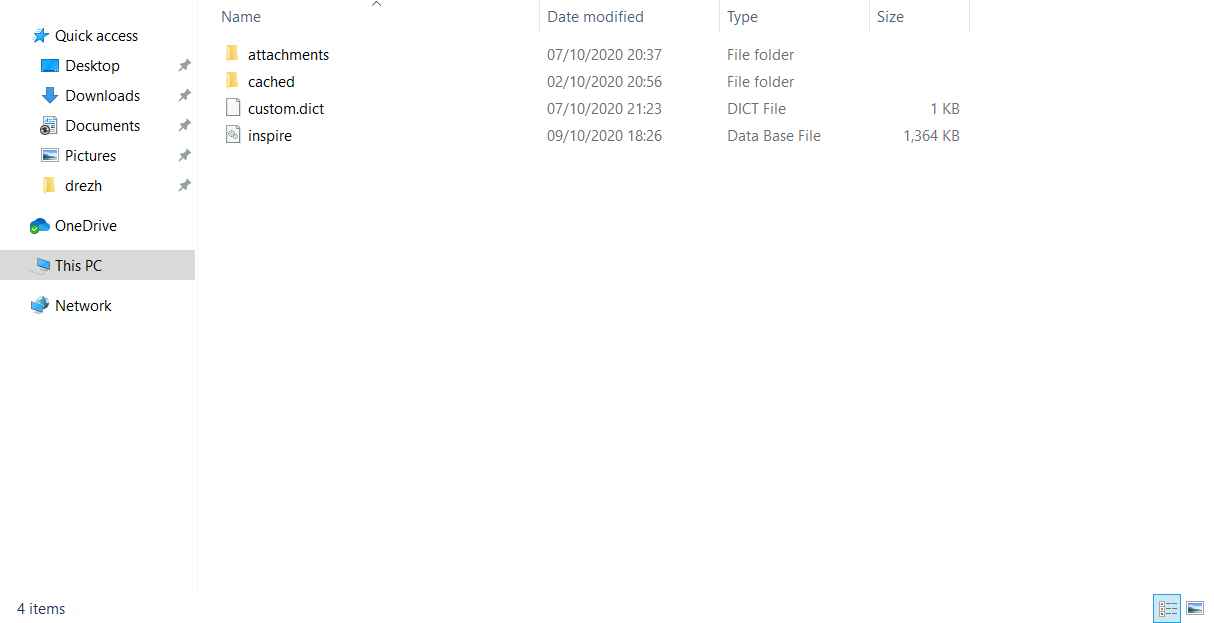 However, the sync folder obviously splits items down to enable syncing, as the sync folder is formed of multiple different folders - I’m assuming a file bucket type format, but I’ve not paid to much attention to it. 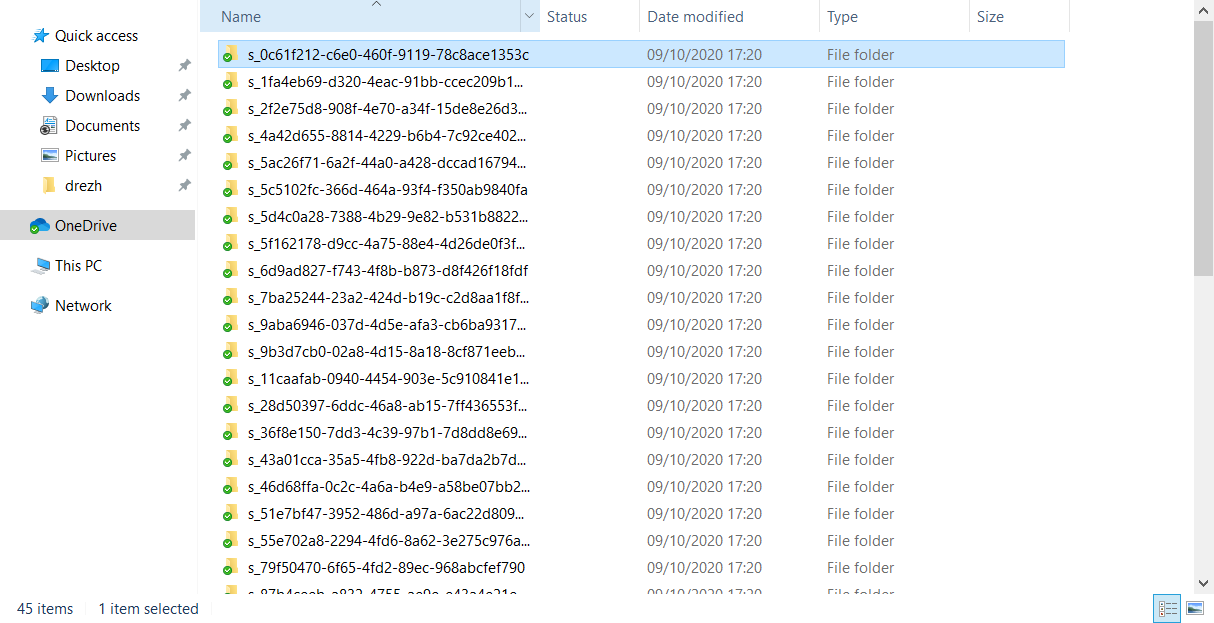 The first sync issues were my fault - I had Onedrive set to sync but had set it so that it didn’t download all my files - saving space on my hard drive, but obviously an issue when I’m looking to sync all the files! Now, Onedrive should pull files down as they are accessed, but I don’t think this worked nicely with Inspire, as it pulls the sync files together and then updates the database within the documents folder.

However, since that has been resolved, I’ve noticed a couple of issues since then. This may be down to items being not fully synced when I’ve finished with the PC and shut down mid sync - if so, then this isn’t the software’s fault at all, but mine. Onedrive just doesn’t seem to sync as quickly as Dropbox, and I’m not sure if that’s the root cause of the issues I’ve been seeing.

For the time being, we’ll see how things progress and if I run in to other issues.