One of things I’ve found missing from the Apple Watch is the ability to display your steps for the day. The Apple Watch does have the ring system - something that I’ve found to be generally better than the Garmin system as Garmin only tracks intensity minutes and steps but occasionally it’s nice to check my step count for the day. After all, the watch tracks the steps you take during the day, it seems odd that it doesn’t display it.

Even though 10,000 steps a day has been taken from a marketing campaign back in the 60’s, I find it gives me more of an idea of my daily activity than rings. After all, I can clear my daily activity ring in a day without to much trouble thanks to my cycle to work and I can clear my stand goal - but only by travelling from my desk to the kitchen and back during the day!

Therefore, even though I believe the intensity minutes of the Garmin is a better measurement (it takes in to account cycling after all!), I’ve wanted to be able to display my steps on my watch. Sure, I could dig in to my Health app on my phone but that’s not at a glance.

I’d looked around for a complication that would display this on my watch for me. Unfortunately, Apple requires you to search for apps, rather than for individual complications so I had to trawl through a few.

Which is where Duffy comes in. 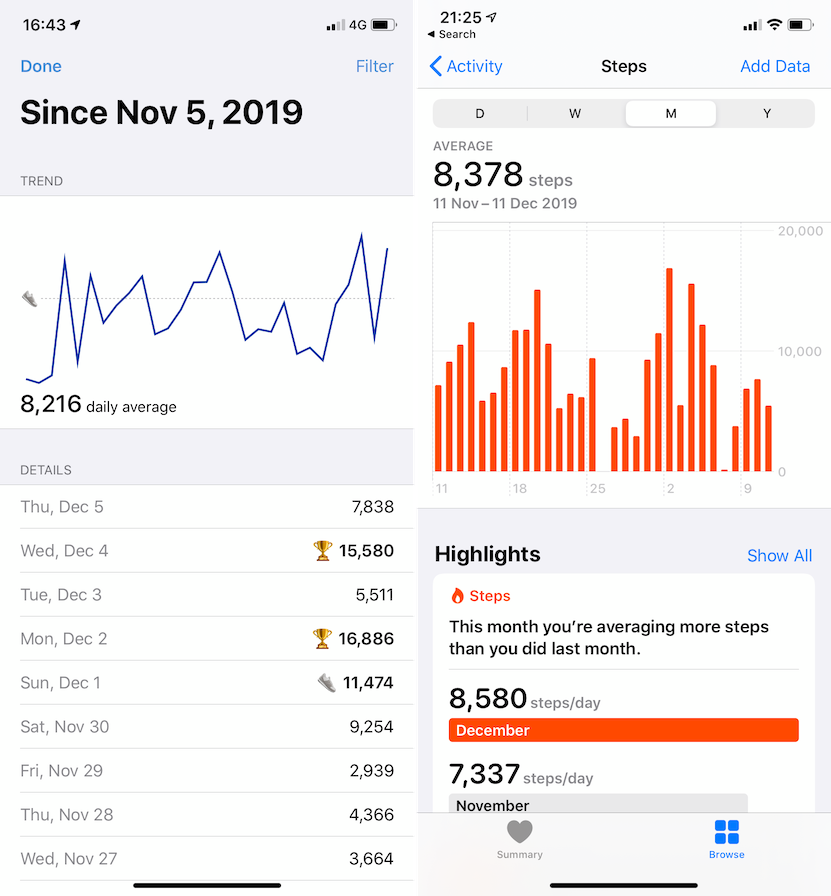 However, the big reason for installing the app is to view the step count on the watch itself, and it does this by creating a complication. I’ve not tried it with every watch face, but it works nicely with my daily watch face.

As you can see, I’ve added the complication to the bottom left of the watch face. It shows my step count as a progress bar towards the amount of steps for the day (you set the goal in the Duffy watch app) and the number of steps taken. 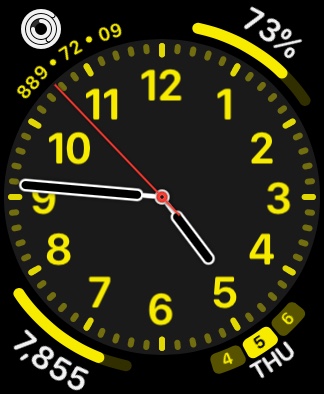 This allows to see at a glance your steps. I’m not sure how often it updates, but it isn’t quite a realtime display of your steps and it can be refreshed by touching it.

The internal accelerometer of the Apple Watch tracks the steps and Duffy just displays these. The total can be seen within the Apple Health app at any time, and is combined with those on the phone.

If you want to view your steps on the Apple Watch, Duffy provides and easy method of doing so.

Even though steps aren’t really a valid method of measuring activity throughout the day, if you want to view it on your watch at a glance, you’re out of luck without using a third party tool like Duffy.

I’ve had no issues with it to date, and I’ve not noticed any significant or even any changes to my battery life, so it seems to perform as it should. I imagine that as it’s not updating constantly, this helps to keep the battery consumption to a minimum.