Saturday saw me do a ride with the London Brompton club. It’s the first ride I’ve done with them for quite a while to be fair due to various reasons (such as not being in the country!)

The promise of cake made the ride seem like a good prospect and the good weather we’d been having for the last few days made me think that perhaps the ride would be accompanied with good weather. I wasn’t to disappointed on either front!

The only let down for the ride was my Tannus tyres.

I let one of the other Brompton owners give them a go to try and the consensus was that they didn’t offer a decent ride (see blogpost on them soon). They marred what was an otherwise good ride. I managed to get a few pictures prior to passing the London Eye but then didn’t really stop to get any after that. Perhaps I should get on one of Ben’s Friday photo rides. 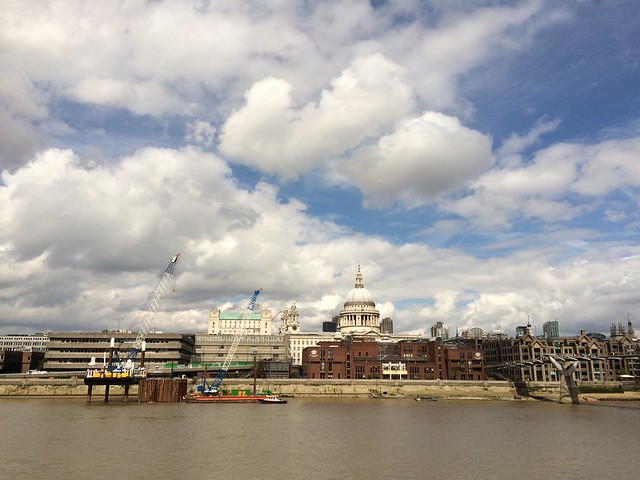 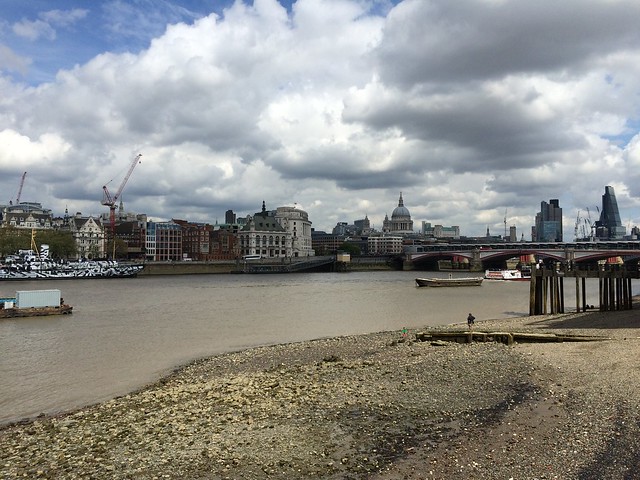 As we cycled down the Thames, we were treated to a display of the Royal Air Force as they flew down the river in Chinooks for the ANZAC celebrations (I’m assuming RAF! - Could well have been others). 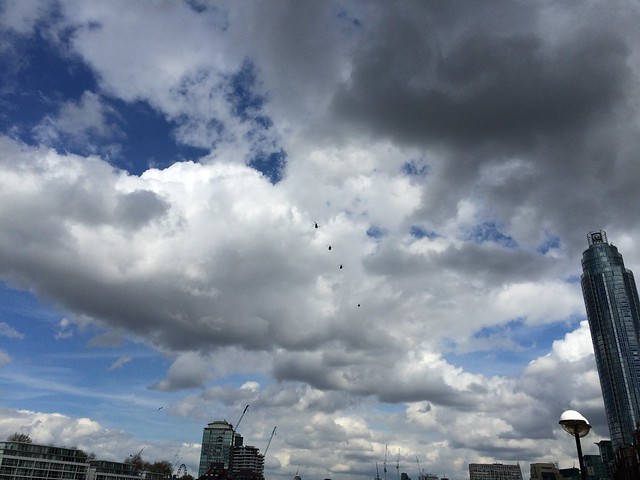 As we reached Battersea Park, David joined us. This is having just led a ride to Southend overnight! Not something I think I’d be capable of at the minute! Though with proposed cadet activities coming up in the future, this might be something that I should work on soon!

We stopped at Fulham Reach for a tea and cake in Harris and Hoole. A decent cake and a reasonable tea, though not the best tea - unfortunately that was claimed by Brompton Junction and they no longer have the cafe :-(

As we headed back, Ben ended up having some trouble with spokes so we sped up a bit to get back to Brompton Junction before it closed. However, I peeled off at Wandsworth and headed back out to Wimbledon.

Overall, it was a nice trip out and the first (and last) trip with the Tannus tyres - I got back and booked them to be removed that week!