Shoes don’t seem like an interesting blog post - however, I sometimes think I’m guilty of being the wrong sex, as I seem to have a few shopping habits that the fairer sex are often stereotypically attributed with - that is, I have a thing for good bags. However, shoes (the other vice women are usually labelled with!) are not something I usually get excited about.

However, this is potentially due to the fact that I could never find a good pair - I would settle for a cheap £20 pair of Airwalk’s from Sports Direct as I seem to destroy shoes (the soles would wear through within a month or two). This was the case, even with expensive brands, such as Vans. This however, changed when I discovered Teva. Now I seem to get all my shoes from there!

Teva (apparently pronounced “teh’-vah,” not “tee-vah” - apparently from the Hebrew word for nature), are an American company (owned by Deckers Outdoor Corporation, the makers of the horrendous looking Ugg’s!). However, I don’t hold that against them, as the shoes are decent.

It all started in 1984 with the creation of sports sandals. Now Teva make a range of shoes, mainly focused around water. However, they also have a range of multi use shoes, some of which are marketed as cycling shoes (see where this is going?)

I think I stumbled upon Teva due to a post I’d seen somewhere on Reddit or on cycle touring where the Mush Frio was praised as a lightweight shoe that was really handy for dropping in panniers or similar. I decided to buy a pair in from the Natural Shoe Store in Covent Garden and that made me decide to check out the rest of the shoes they offer.

I picked these up in a sale as I wanted a lightweight shoe that I could wear with no socks during the summer. I’m not a huge fan of flip flops and I’ve never really worn sandals but I still wanted a shoes that was light weight (I blame getting into barefoot running). The Mush Frio’s fitted the bill and I managed to pick up a pair from the Natural Shoe Store. 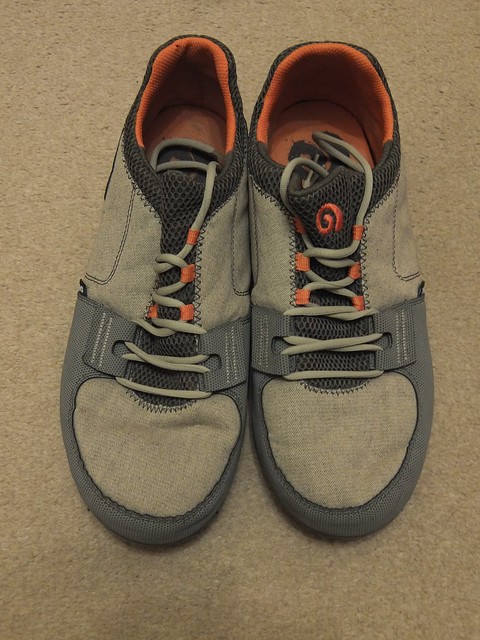 Yes, they do seem to match the carpets in my house as well!

They are like flip flops - well, the soles are. The soles are basically that sort of foam that some sandals and flip flops use and the rest of the shoes are canvas. I’ve not worn these two much during the summer but they will be making an appearance in my touring kit bag as they are lightweight and pack down nicely.

I ended up buying a pair of Cranks as they were on offer and I thought I’d risk buying them to see how they would compare to the cheap, £20 Airwalk trainers I’d been buying from Sports Direct. Well turns out to be money well spent. 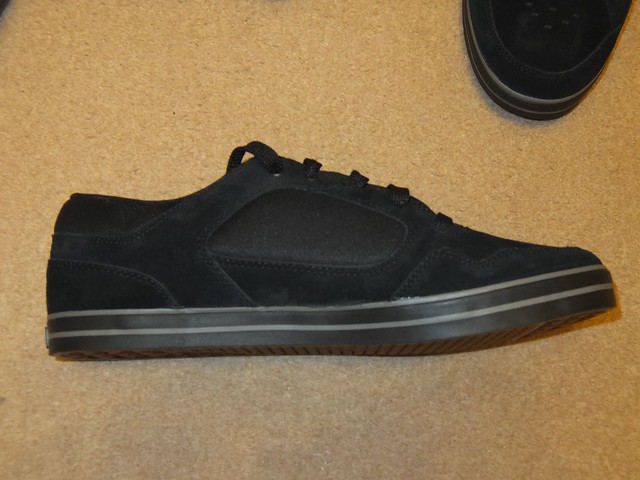 Not only were the shoes comfortable, I still have my original pair, probably approaching two years after I bought them, though in fairness, the original pair have now been regulated to the cupboard for cycling or other muddy jobs (mainly because they’re a bit grubby now, not that the sole has a hole in). I liked them so much, that I bought a second identical pair in a sale soon after I bought the first pair and I’ve purchases a third pair in a different colour for other occasions! Either way, the Crank has become my go to shoes for day to day wear, though for the office, I’ve decided I need a slightly better looking pair.

It turns out I now have a total of five pairs now of the Cranks in various colours and state of use! They’ve become my shoe of choice. 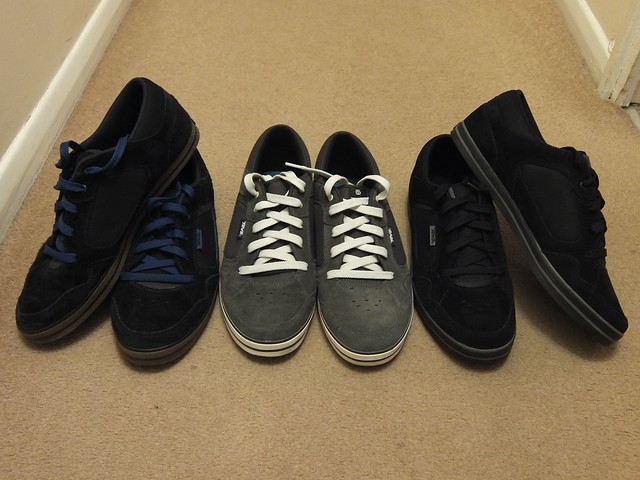 Carbon’s are probably the only Teva pair of shoes I regret buying and that’s pretty much down to styling, rather than the actual shoe itself.

I bought them to wear into the office as I thought they were smart enough. I’m not entirely sure they are but it turns out, I’m not a fan of the grey and black styling either.

I made a mistake when purchasing these as well and ordered a Size 10, compared to 11 in the Crank’s. Well, I managed to tear up my heels wearing them so I can only assume the size was to small or the shoes requiring some breaking in, something the other trainers don’t need to do.

Overall though, the shoes compare well enough to the rest of the shoes I’ve had from Teva. The soles are grippy enough and these are aimed at the cycling market - with small reflective patches applied to the shoes on the sides of the soles. Mind, these aren’t particularly big, and I’ve not seen them in action (as I’m on the bike wearing them!). It’s an interesting touch though and I wonder if other cycling shoes out there are incorporating it - as the patches are fairly unobtrusive during the day.

In the end, I got rid of these fairly quickly to a charity shop.

These were bought to replace the Carbon’s that I disliked. I thought that these were pretty smart to wear in the office and I’ve been wearing them there for probably about 6 months.

They seem to be fairly decent with a pair of chinos and a shirt for a fairly casual look in the office.

I’ve bought a pair of the Roller Mesh shoes to replace these ones, as they’re perhaps beginning to look a bit tired (and the soles on these are wearing down).

I bought the Mesh ones to replace the Suede ones, basically because I thought I’d give them a try over replacing them like for like. 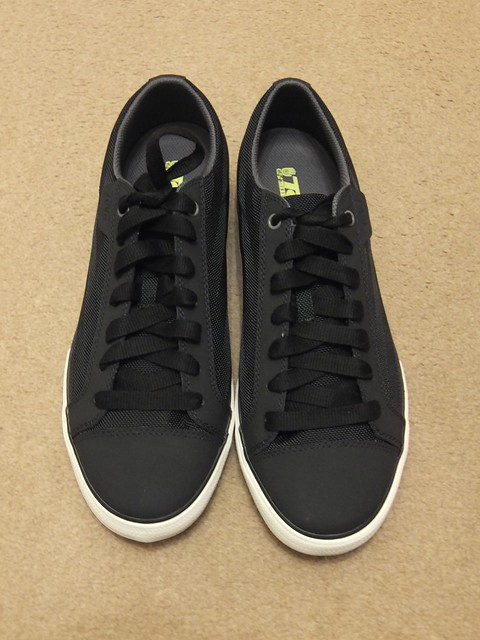 The difference is fairly minor. 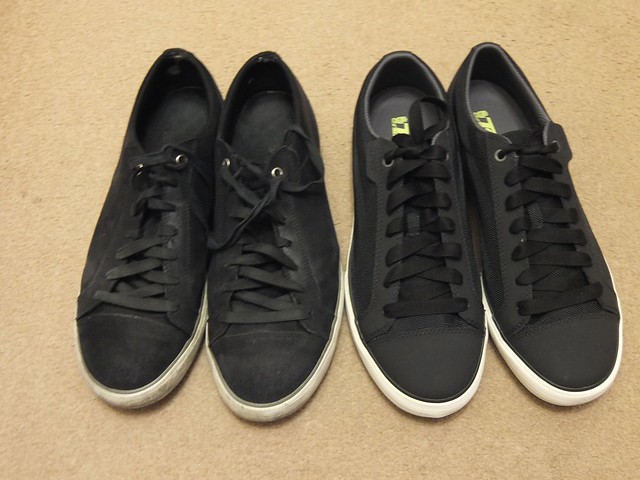 Perhaps the other Suede ones are perhaps a bit smarter, but these should be up to the task as well. Only time will tell!

Teva have won me over with reasonably priced shoes that perform fantastically (in my probably abnormal wear frequency!). Not only are they reasonably priced, they’re fashionable (and some of the “smarter” trainers are ideal for work) and they’re comfortable. Far cry from some shoes I’ve worn that seem to forget that main aim of wearing shoes is to protect your feet but to be comfortable enough not to realise they’re there!