Well, this weekend I managed to get a ride in that I’d had in my mind for a while since I’d considered doing bike touring - that is a ride from Loughborough to London.

It all came about one day one of my friends jokingly suggested that I should cycle to one of the LAN’s I go to with the Loughborough Computer Societyy. Well this got me thinking and I thought I’d have a good look at what would be entailed to do so. Not that I’d actually cycle to a LAN - it would take the weekend and I’d not actually have a LAN!

Friday saw me take the day off work to get up to Loughborough, ready for the Saturday start.

I’d been looking originally to take the full size bike - due to circumstances, I ended up getting a P6R Brompton and doing it on that. I’d read some articles on touring on a Brompton before and in fairness, it was part of the attraction of the Brompton - I could fold up and go anywhere.

Example being, advance tickets from London to Loughborough are fairly cheap. And it’s only slightly more to book a first class ticket (£3 more) - what with free tea, coffee and biscuits, it makes sense! However, first class is always the opposite end of the train to the bike coach. I’d never be able to keep an eye on the bike and would have to get up early to get the bike ready to get off. No such issue with the Brompton! 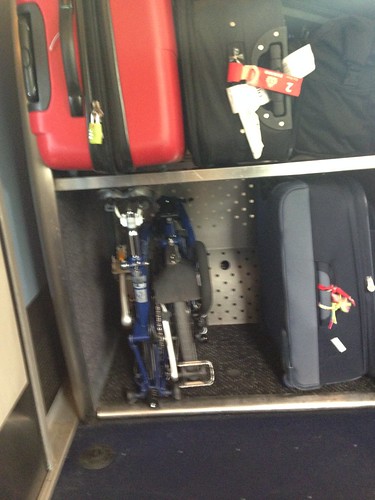 Fitted nicely in the luggage rack and I was able to get it out with plenty of time.

Well, the other perk of the folding bike is that you can go almost anywhere. So I went to the pub. 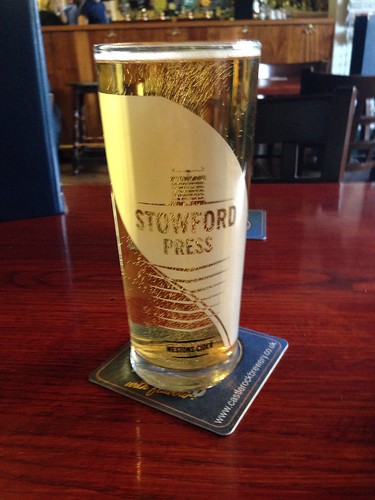 It’s not often I drink, but Stowford is a firm favourite. I think I also needed a drink when I thought of the mileage I’d be doing over the course of the weekend. It would be the first time I’d done a ride from A to B unsupported (not counting commuting). The London Brompton Club ride to Gatwick was probably one of the first A to B rides I’d done but there were a group of us.

The final feather in the cap really for the Friday was wheeling the Brompton up to a taxi who was dropping someone off, asking if he was free. While he then proceeded to try and figure out how he was going to carry the Brompton, I folded it down and was ready to go! He thought it was a fantastic idea as it easily fitted in the boot and off we went (was staying at my brothers nearby).

After some last minute issues with the brothers cats getting stuck in places around the kitchen, I got a lift to the university and got ready to get started. 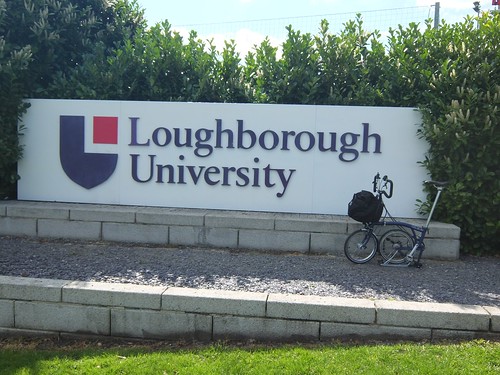 (In fairness, I took that on the Friday as I wanted to get off and going on the Saturday!)

The first parts were easy - having spent three years at Loughborough and the last two of those with my revival of cycling, I had a reasonable knowledge of the roads. It wasn’t until I approached Leicester that I began to rely on the Garmin 800. However, I needn’t have worried - the signage along the route was generally very good (a few notable examples, see below).

I stopped at the National Space Centre for some pictures, as I think the building is fantastic - very space age. I knew it to be a Modernist design (as it rings bells along the lines of Llyods) and on googling, it turns out it was designed by Nicolas Grimshaw (famous for the Eden Project and London Waterloo) He’s also designed the Camden Sainsburys, which I quite enjoy as well. 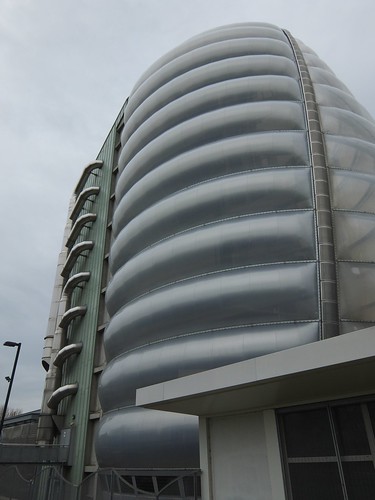 I quite like this one for the old chimney poking up in the background, from the space age building. 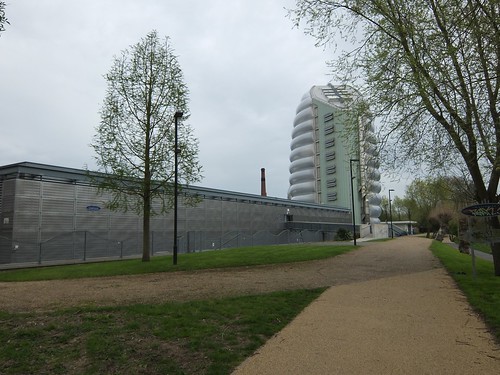 The cycle route the other side of Leicester got quite exposed at times and was fairly desolate, a theme that repeated itself for most the day.

Carrying on, I stopped at the top of a hill for a quick lunch. Up until now, the weather was fairly overcast and a bit windy. The hill, I’m afraid to say defeated me. It was more of a hill than some of the ones I rode last weekend in the London Classic (which I’ve not blogged about!) 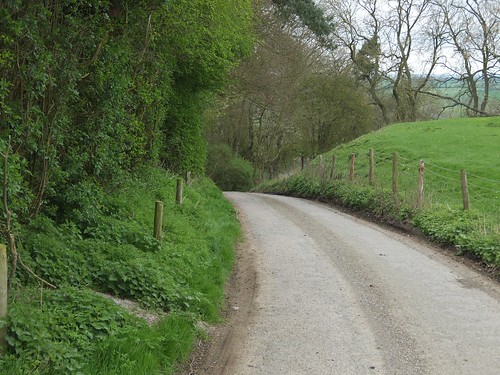 Some of the locals watched me stop for my midday snack. 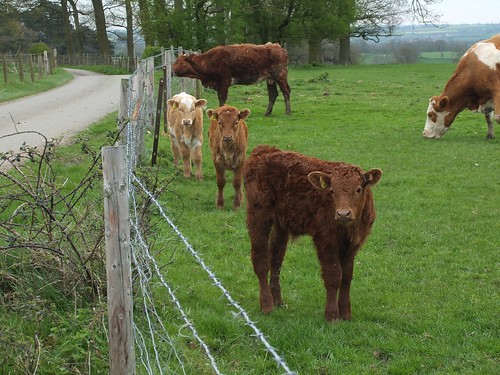 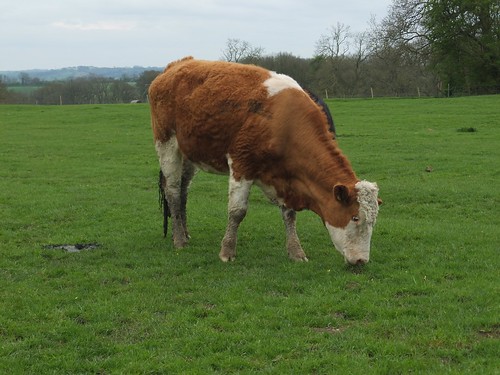 I couldn’t resist a quick snapshot. 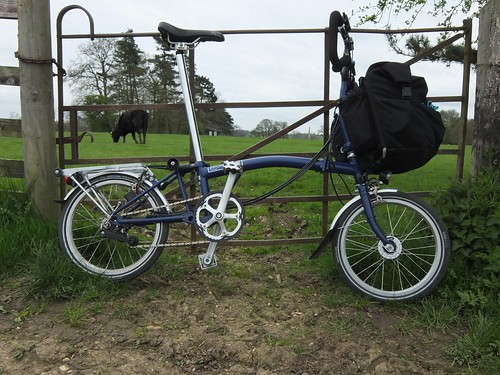 I hit the Grand Union Canal at Foxton, where I came across gravel. This wasn’t particularity welcome and I had a stupid number of miles on gravel - if I’d known this, I might have got back on the roads! I pretty much followed the canal to Market Harborugh. Whilst I could have stopped, I thought I’d press on - I’d been dying for a tea break but there hadn’t really been anywhere up until now that I felt I could stop for one and by the time I got here, I thought I’d press on. So with some accordion music from the band busking on one of the bridge, I joined the Brampton Valley Way.

This off-road section was to take me all the way to Northampton. It’s off-road surface began to get annoying towards the end of the 14 mile stretch. The route seemed remote and at times, I was the only person about. However, along the route, I came across my other first Brompton owner as he was going the other way - however, no pleasantries took place as him and his mountain biking friend passed.

The monotony of this route (it might have been due to the head winds I was facing, the distinct lack of much to look at and the time I’d been on the bike) was broken by the Oxenden and Kelmarsh tunnels. Both were about 500m long and completely unlit. It was a good thing I’d taken my Hope Vision 1 along with me - I was also glad for the Pretzl head torch I’d stuck in my bag. Both tunnels were a bit creepy and I’d have to say, I was glad to get out of them! 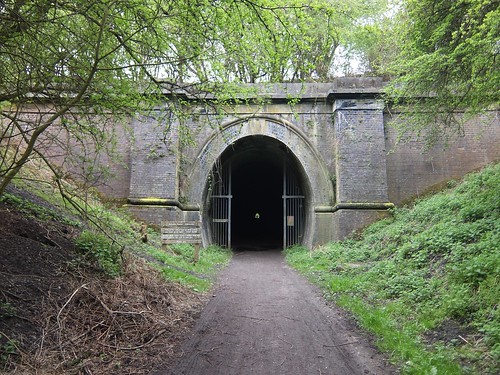 The end of the Northampton end of the route contained what I imagine was an enthusiast section of railway line (similar, I guess to the railway in Quorn and Loughborough). However, I didn’t stop as I knew Northampton was towards the end of my journey.

Northampton was one area that I found the NCN 6 signs disappeared slightly. I believe this is due to some works happening to the line but I managed to navigate fairly well through the town.

I had to stop on the way out and get a picture of the white water rafting centre. 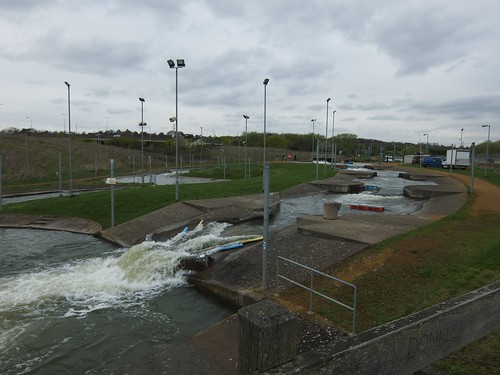 Soon after, I came across what must have been the Northampton Brompton Club as three Bromptons came the other way! We joked about where the convention was a declaring snap (though none of them were riding a P6R, so I guess snap wasn’t really the right phrase!)

I carried on and approached Milton Keynes - I was staying just outside in Newport Pagenell so I was keen to get to the end of the day. I was saddle sore and wanted a cup of tea! Mind, I couldn’t help but get a picture of this lone tower along the side of the railway. 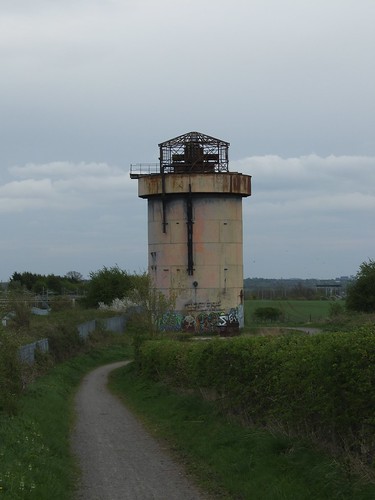 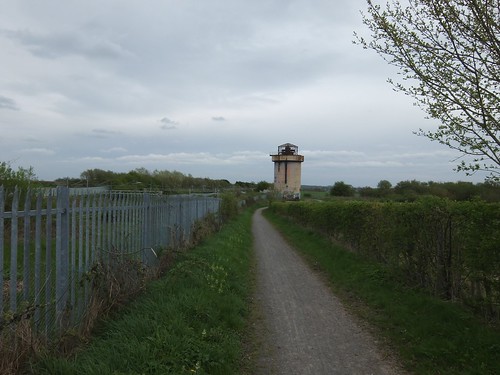 At the time I thought it was some fancy radar (or similar - think an ILS tower or similar) tower that had been left to rot. However, as I got closer, I realise it was probably a water tower…

I then proceeded to swear a lot at my Garmin as it decided to lose satellite reception or show me as being off course and generally being a pain in the ass. As I ended up in Newport Pagenell, I ended up getting my iPhone out and finding my hotel on that! The last straw then was that one of the straps holding the GPS to the bike came off - luckily the Garmin remained attached and I was able to pocket it (with the hotel in sight).

Checking in, I ended up having a bath and wanting to pack it in and get a lift home with friends who were up in Milton Keynes for the evening. Thankfully, I was persuaded not to by the girlfriend who said I’d probably regret it in the morning if I did. Which, she was right.

So I left the hotel at half 7 and got on the road early. I’d woken early and decided I’d probably just get going, rather than sit about in the hotel room.

I managed to see a side of Milton Keynes I’d never seen before and I felt myself warming to it. It might also have been the warming effect of the sunshine! Seemed very French in places with trees lining the path. 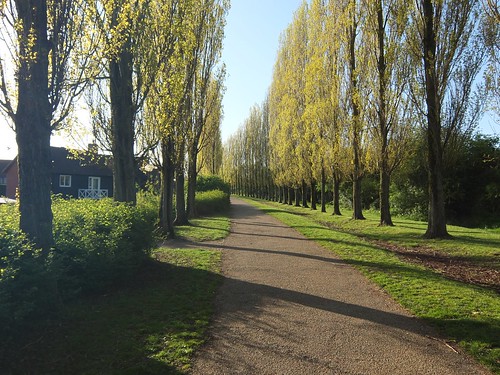 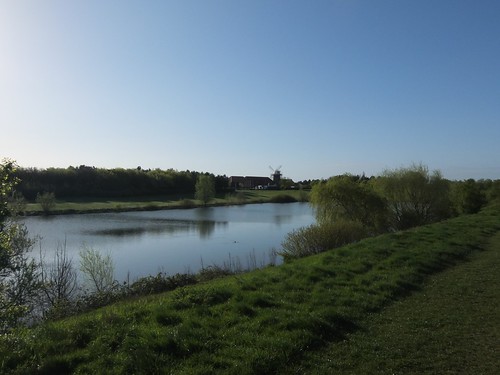 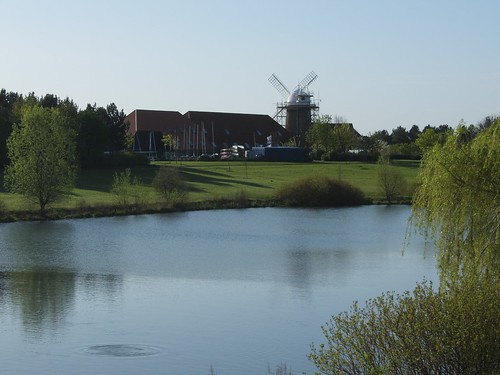 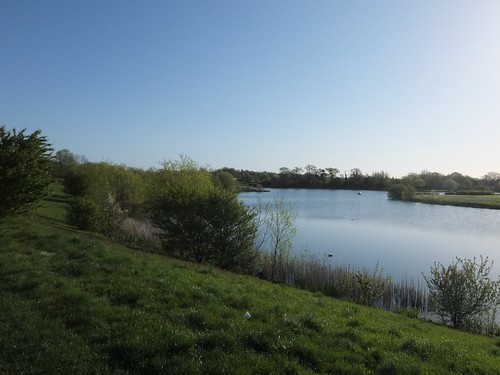 This was all a lot nicer than the roundabouts I normally saw when visiting!

As the day wore on, two roadies overtook me. Was jokingly asked if I was commuting to work. The guy seemed amazed I’d started in Milton Keynes that morning and even more so when I said that I’d pretty much done Nottingham to Milton Keynes the day before!

In comparison to yesterday, today was a lot more built up. Almost all of the ride, after Leighton Buzzard at least, was with houses or buildings along side.

The issues I had today were signposting. As I approached Harpendon, the signage dried up and I thought I’d follow the cycle route. When I realised it was going nowhere where I wanted to go, I turned around and followed the Garmin directions (was trying to stick to the signs if I could). Then, St Albans started off promising, and then the signs dried up and then suddenly that was it. The route I’d planned on the Garmin was pretty poor as well, taking me into various side roads and then back again. Once I got on the St Albans way, I knew I was home and dry as I knew my way from there!

So it was my first real “tour” and I learnt a few things.

Overall, I’m really glad I did the ride. I managed it, in what I considered to be a respectable time. I even managed to complete Sundays ride before my Garmins Virtual Partner (not sure how!) I’m thankful to Jen for convincing me to stay and do the second day - she’s right, I would have really regretted it.

A shame I didn’t get as many pictures the second day but now I’m a bit more confident in how long a ride on the Brompton will take - probably about 5Km slower than my road bike but then I loaded with kit as well.

Overall, it was a really good experience and I’m glad I’ve done it. I also quite like the effect it’s had on my ride map over at VeloViewer - linked my Loughborough and London rides quite effectively.