So today I ended up going for a ride and aborted it early.

Partly due to the fact that I’m still a bit saddle sore from last weekend - the Brompton turns out is pretty decent (I’ve used it for about 60Km a ride before, see the data for the London Classic and the LBC ride, the Thames Triple Chaser). These rides were fine and the saddle performed fine. However, over the distance I rode last weekend and the partly gravelly nature of the route (I think), the saddle did end up causing some chafing and discomfort. Didn’t help I wasn’t wearing cycling shorts (well, padded shorts). So I thought a smallish ride today to ease back in.

However, whilst it started off well, things took a turn for the worst.

I started off normally and headed down the Alban Way towards St Albans. I ended up taking a different route to get to Colney Heath and ended up going across a field. 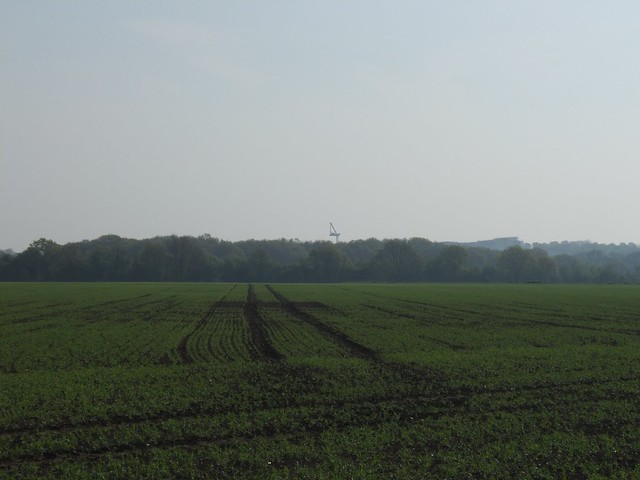 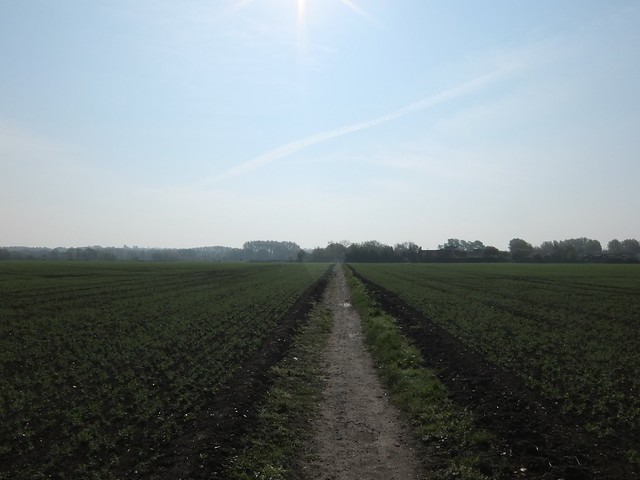 Anyhow, once getting past Colney Heath, I continued on my and ended up powering up a hill and this appeared to be my downfall. Cresting the hill, I wanted to find somewhere to stop and take off my new wind layer that I’d picked up from Regatta/Dare 2B on Friday (this one, though I got it for a smidge under £19, thanks to YHA discount and the cheaper in store prices!). When I stopped, I was overcome with feeling faint.

I had to sit down for a good couple of minutes, taking on water and trying not to fall onto the grass verge and lie down. I was sweating profusely and felt sick. Lightheaded as well until I say down on the kerb properly. However, stuck there, I was a distance from Hatfield and didn’t really have any choice but to leisurely start heading home. I made sure to use quiet roads and then the NCN Route 12 when I could.

I felt much better on the way back at the more sedate pace and even stopped to get a panoramic of the rape fields.

I’m not entirely sure what caused the issue - perhaps I was pushing it to hard, perhaps it was to do with hitting my head earlier in the morning or that I’d eaten breakfast maybe less than an hour before hand. Either way, I was a bit put out and had to cut it short.

Hopefully, next weekend will see me back in the saddle properly with no more ill effects.