There has been much talk on how well ARM processors have moved on and how they can potentially now compete with x86-64 chips. Even though Microsoft have launched the Surface Pro X, which uses an ARM chip and Apple are moving the Mac’s to ARM processors, I hadn’t really considered just how far they’d come.

I’ve had a Raspberry Pi and various versions since they were released and have been able to adequately use the Pi3+ for minimal desktop use and I’ve had the iPad Pro for work for a number of years as well, which has performed quite well, but I’ve never really put two and two together on how well they compared to the X86 chips I have.

However, I recently ran Geekbench on my laptop and my desktop to try and see how the two compared, and thought I’d also run it on all my other devices. I was impressed to see the difference in scores between them.

Just from a single core perspective, my iPhone is scoring higher than my gaming laptop and gaming PC! However, in a multicore score, the ARM processors aren’t quite as good but then they have different number of cores and a different core layout1.

Graphics wise however, it obviously seems that the desktop cards are far quicker, but again, that’s to be expected, as I can do AAA gaming on the devices on the PC’s, but my mobile devices aren’t there for that sort of work (though, it does appear to be better than the inbuilt Intel graphics). 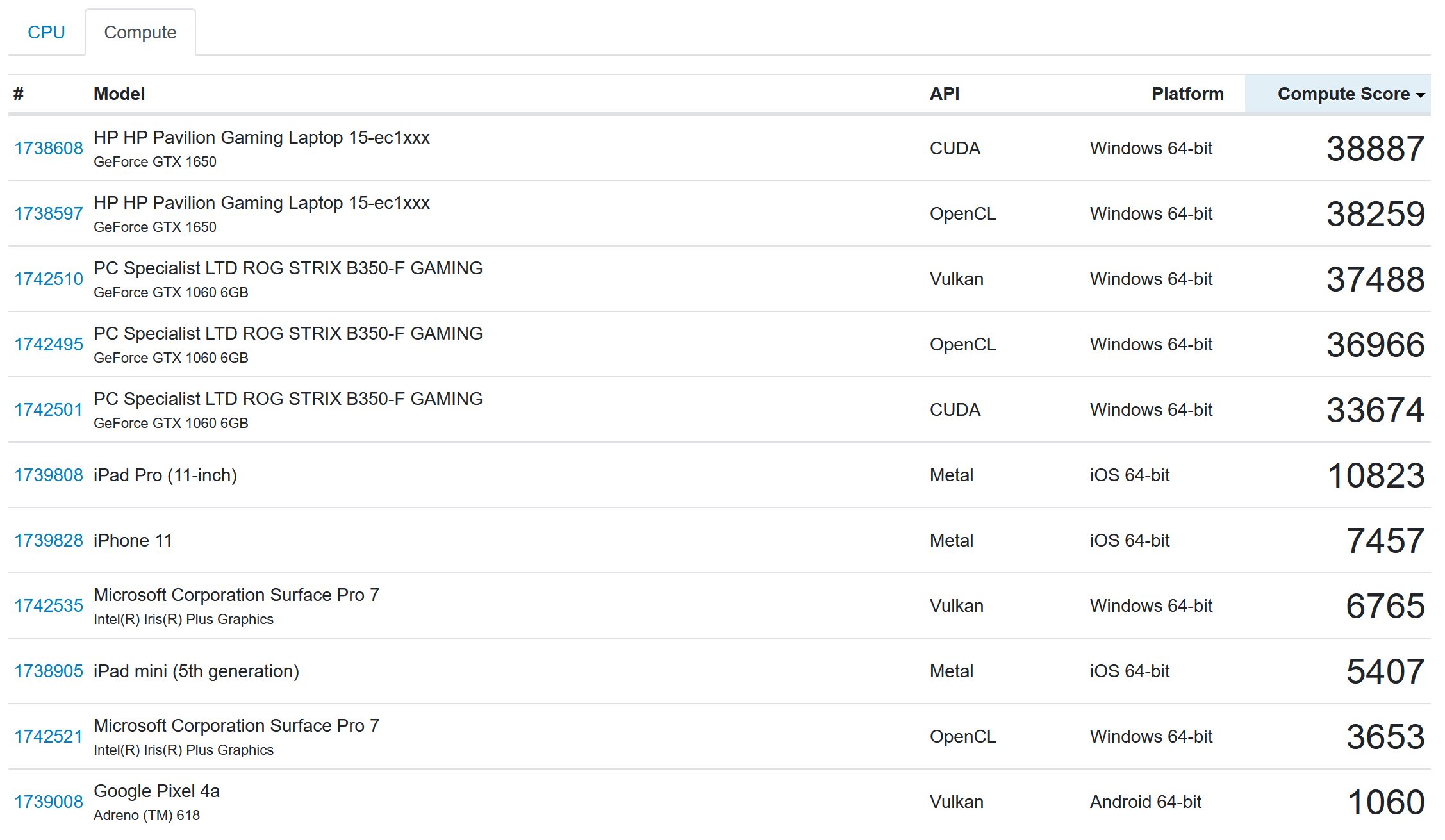 It’ll be interesting to see how well Apple handles the move to ARM and how the developers move to it. After all, if no one supports the move, then things won’t be very good all round, but considering the Apple are looking at making it easy for iOS apps and Mac apps to run on the same architecture, it could be very interesting indeed. We’ll then see how well Windows supports it3…