Microsoft are making use of their purchase of Github to host the source for their ongoing work in to Powertoys.

PowerToys is a collection of applications that perform a range of different tasks that users may need to undertake regularly. There’s an Image Resizer that hooks in to the right click menu, there’s fancy zones, which expands upon Windows snap, by adding zones to snap to.

However, the big draw for me is PowerToys Run. This is essentially a Windows version of Spotlight or Alfred.

For a number of years, I’ve used Launchy on Windows. It’s my Alfred replacement and I use it to launch programs when using Windows. It searches the Programs Files, looks for the .exe files and brings them up. 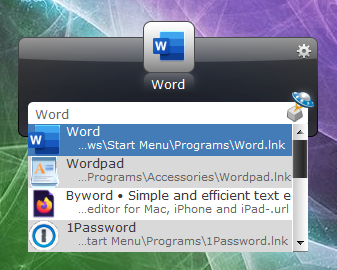 It can also search any files and locations that you tell it to and it has some plugins built in - so I can also use it to search and launch web addresses from my Firefox bookmarks.

However, one of it’s main uses for me is it’s calculator function! 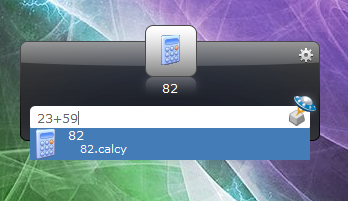 A quick calculation is only an Alt+Space away. Once Launchy had done it’s job, a quick enter will copy the results to clipboard, ready for pasting elsewhere. I use this a lot.

It has worked well to date but is beginning to show it’s age. It doesn’t pick up UWP programs (apps downloaded from the Windows Store). It might do if the correct folder was pointed at to index, but there are some hoops to jump through to enable that, thanks to Windows locking it down. I’m also finding issues with high DPI screens and having to sort out the program to run on that 1.

This is where I thought PowerToys Run would come in. It’s a more modern version of Launchy.

I wasn’t to fussed about the other PowerToys. After all, I have a couple of scripts for resizing images based on Imagemagick. These perform other actions as well as resizing, which PowerToys wouldn’t, such as adding borders or merging images together.

For me, the big draw is PowerToys Run, so this was the one that I set up to use. This is essentially Alfred for Windows. Initial inspections were good - the software picked up the items that I wanted to, it even included the UWP apps.

I was able to replicate all the functionality of Launchy that I needed to use, so it seemed like it would replace it on all my own devices (however, due to PowerToys requiring admin permissions to install, it means that I can’t use it on machines that I don’t have admin rights - i.e. my work PC!)

However, the calculator, probably one of my most used features of Launchy/Alfred has issues on PowerToys. When performing a calculation, the results will show a long string of decimal places.

This seems to be a known issue with the calculator function and therefore to me, means that the software is next to useless. If I can’t determine when I’ll actually get a correct answer, I can’t make use of the software. Likewise, if I have to edit the numbers to make use of them, it’s not really the quick calculator I need and I might as well use the inbuilt Windows one!

Unfortunately, for now, I’ll have to stick with Launchy, as the PowerToys release doesn’t seem to be capable of meeting my needs, so I’ll keep an eye on the project, and look to see if the issue gets fixed in the future - I hope so, as it looks like a promising software.