Wednesday evenings are usually spent at home, not doing much at all. Though I am trying to learn German, it’s not going well and so any excuse to get out the house and away from any such talk of football due to the world cup is good (or learning how to complain that my food tastes salty auf Deutsch…) is a good reason to get out and about.

Following on from a previous ride by Brompton themselves, David from the LBC kindly organised a brief jaunt for Wednesday night. Considering I’m in London for work, I’m not up to much in the evenings and it’s lovely weather at the minute, it would seem very rude (and stupid) not to attend!

The route followed part of the route that we took to get out of London for the London-Gatwick ride back in February. Cycle paths line the side of the river Thames alongside all the new developments springing up in this area.

We met at the usual meeting place for these rides - the London Eye. Quickly lining up for a group photo, we headed out. This ride, unlike the normal LBC rides, I ended up bringing my S bag full of my work clothes. Didn’t make to much of a difference but just a bit different. 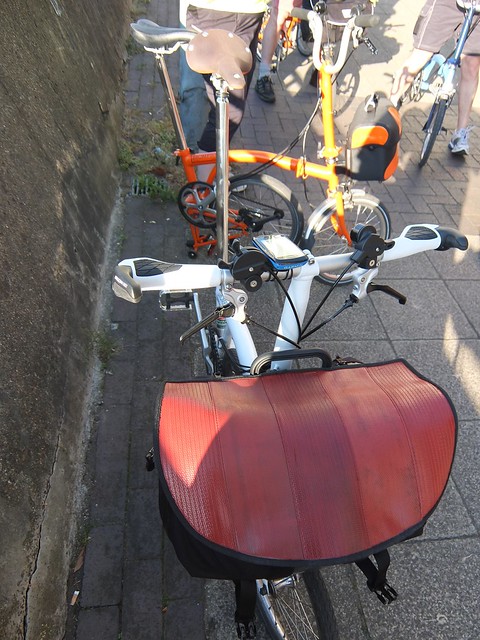 I’ve been asked why I want to live in London by some of my friends back home (point to note, I don’t want to live in London - that’s why I’m buying a flat in Welwyn Garden City! That aside…) and it’s for evenings like this. Everyone seems to be in a decent enough mood (except the guy who shouted that I should cycle on the left whilst I was making my way to the Eye - ignoring the fact that the guy in front of him was cycling on the right, forcing me to cycle on the right…) and London is actually quite nice. It can look a bit grim when it’s dark and raining… 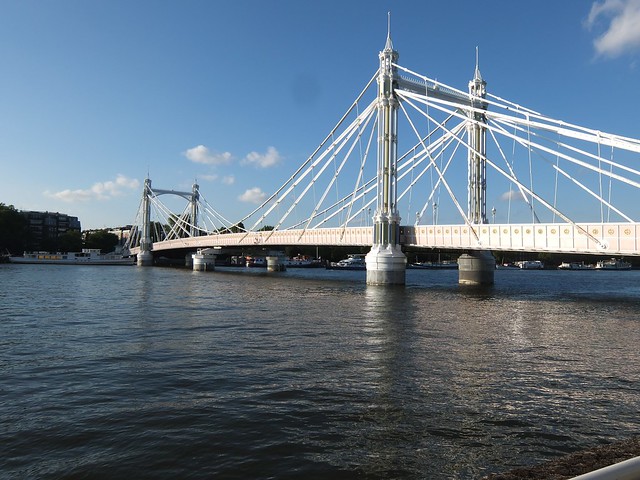 We continued down the cycle paths until we got to Battersea Park. Quick loo break and then a circuit of the park entailed. I must admit, the wide open paths and no traffic went to my head a bit and I couldn’t resist a few quick sprints. Perhaps I will join the BWC this year…

We continued down to Wandsworth, before a quick break at a MacDonalds, before heading back the same way. A few stops along the way back to keep the group of twenty of us all together and then back to the Eye. 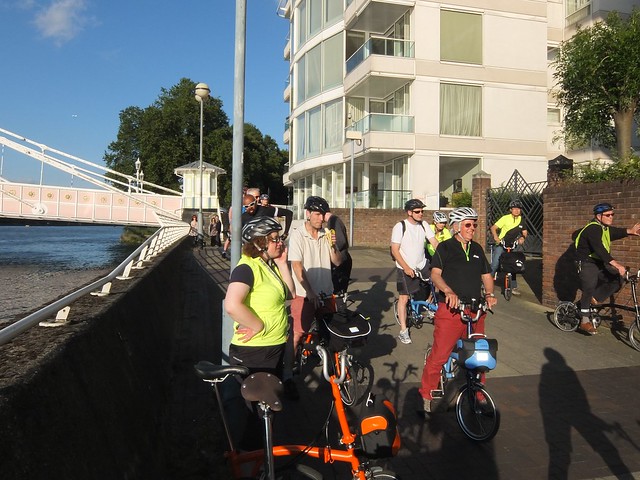 From there, I left the group and headed back to Kings Cross at a slightly faster pace. Nothing wrong with slow rides, but occasionally I want to top my gears out on the bike - something that sometimes seems like I should do to keep up with London traffic!

Only incident getting back was approaching the Embankment turning after Westminster bridge and having pedestrians cross as I was coming down across the road - some pedestrians stopped dead, the other sprinting onwards. However, they seem to not realise how fast I’m going and ignoring my bell. Should be noted that the light for me was green and that they should not have been crossing. It’s not the closest incident I’ve had in London (there was an incident a few weeks ago where I was inches from hitting a pedestrian at Kings Cross as he stepped out with out looking).

It was a pleasant evenings ride, that allowed me to get some more kilometres under my belt - I seem to be on target for my 2,500Km target for the year. Mind, I’ve a few weeks with little to no riding and by this point last year I’d got in more kilometres. 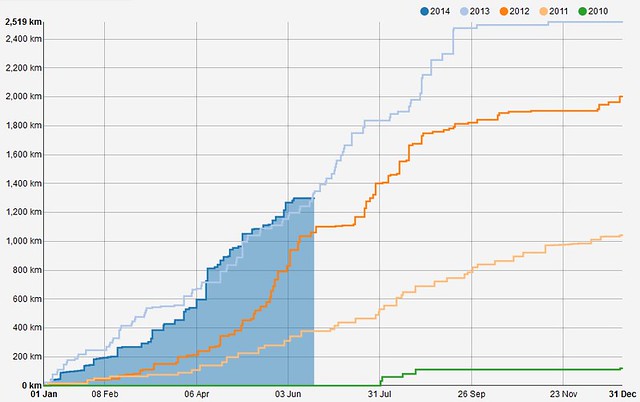 That should perhaps change with the planned Richmond to Hove ride that the LBC will be running - the P type will be coming out for that ride, hopefully with less slipping of the seat post considering I spent Tuesday evening cleaning it up.